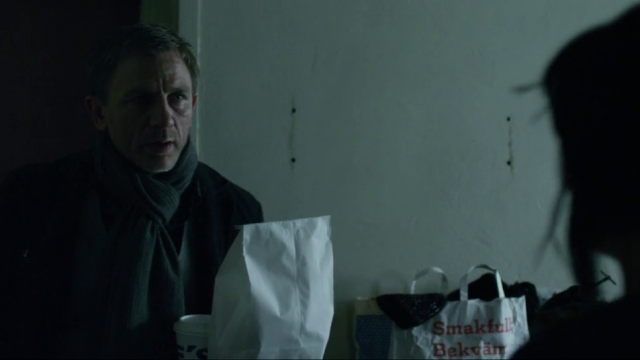 First, let’s get comparison out of the way. The Dragon Tattoo remake is more stylish, more detailed and intellectual, more convincingly real, more daring and more human than its Swedish counterpart. It’s a better film than what was already something of a cracker.

Forget the notion that films should stand on their own. As Claude Levi-Strauss wrote, myth functions on bundles of relations between texts. No novel, no play, no film can be truly understood on its own.

In terms of its mythic value, this version of TGWTDT is simply indispensable. Fincher calls it a “parallel story” to the Swedish version, and the book. He reinforces our expectation of events and characters only to subvert that expectation, pulling the rug under our feet. Nolan did a bit of this with Insomnia, but Fincher is fully committed. He and Zaillian will us to make comparison, and in doing so offer deft commentary on the medium and industry (as all great films do), and on society itself in a much broader and far-reaching sense. (If the Swedish version was about the [mis]use of power, the remake offers a condemning view of the lasting effects of the patriarchal order, which perpetually traps its inhabitants both male and female, where no-one is innocent and even rapists are genuinely well-intentioned.)

Not only that, but comparison is invited to the rest of the Fincherverse, especially (but certainly not limited to) Zodiac. I can’t even comprehend what one takes from this film when one hasn’t seen Zodiac at least a few times, and has a strong and settled sense of what it had to say. It is the foundation upon which Dragon Tattoo is built.

On revisit, the agenda of Fincher’s Dragon Tattoo reveals itself, and it is a vision so neatly unified that I can no longer claim that this is anything less than a masterpiece.

Fincher is brutal.
Think his Dragon Tattoo was “just a retread” of the original? Fuck you, you fucking fuck. So to speak.
Brutal, and I’m not just talking about the rape scenes – devestating as they are. Indeed, I had wondered how they could have as much of an effect on me after seeing them twice already. But Fincher’s editing ingenuity covers that.
Brutal because – whereas the Swedish film was a criticism of abuse of power and how it is unhindered by society – here, society as a whole is condemned, right down to Blomkvist. It’s not just a few bad eggs.
Conversely, we’re given moments of tenderness from the most disgusting characters – genuine tenderness that is terrifying for how it humanises them – and a refusal to allow closure. This is, after all, Fincher’s follow-up to his “Rebecca case”.
Also impressive is how the ending very deliberately encourages then subverts the expectations of those who have seen the original or read the book. When one considers what it implies about Lisbeth – it’s all the more scary than the impulsive executioner we’ve come to expect. I’ve only seen this done once before – Christopher Nolan’s Insomnia – and likewise this remake is one that, regardless of silly things like whether or not it’s better than the original (it is), it’s all the better for having seen the original.