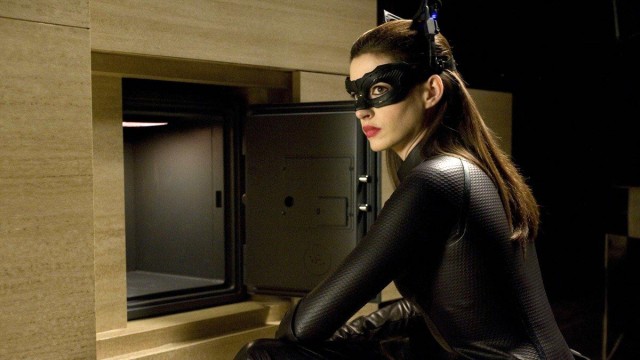 For me, there was only one major annoyance in Nolan’s last Batman film, one piece of horrendous screenwriting as opposed to the dozens in The Dark Knight. And Rises could easily have gone even more emo. But it has jokes here and there! An actual sense of fun! Drawing further comparison to that superior original entry, the set pieces are interesting and exciting and not entirely borrowed. The opening will blow you away.

Okay so after that you won’t see any action for a while, which in itself is no loss but for the fact that the film has no real momentum (build-up scenes functionally too repetitive) until the last act, at which point the easiest movie comparison is actually X-Men: The Last Stand. Like the tertiary edition to Fox’s franchise, this is the point where the world itself changes in a significant way. And also it has a silly mass street brawl. Interestingly, Nolan opts not to show enough detail to let the situation really sink in.

Perhaps it’s because this is not just an ideologically troublesome movie. The last two had perhaps the benefit of the doubt in their ambiguity. With its actualised moral compass Rises is disturbingly closer to the Frank Miller end of the spectrum than Alan Moore, though it borrows liberally from both (and not just their Batman stories). But it is nonetheless fascinating as it (meanwhile) rounds off its modernist vision of the city.

At its best, Rises is as exciting as Begins. And, unlike that middle chapter, it’s actually interesting. Also, Anne Hathaway in latex on the Batpod. One of Nolan’s better films, then.