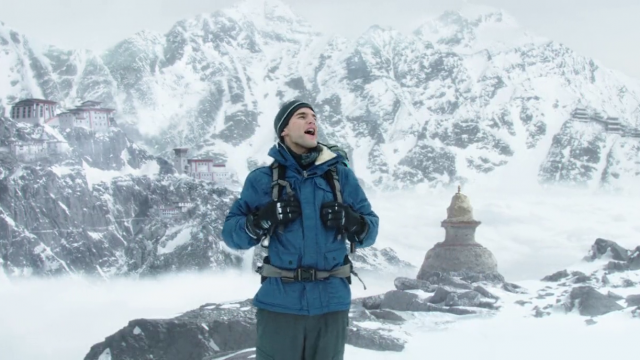 Leading into the third act, a character asks “What are you doing? Are you filming graves? I don’t get it”. It’s (unintentionally) on the money. Chronicle – to a large degree found-footage-by-numbers – has a neat trick in its oft “telekinetically controlled” camera, but all more often the question agitates: Why? Why would he feel the need to pull a whole array of cameras in a circle around him? Answer: the film needed dramatic shot-reverse shot close-ups at the climax. Why ferhgerdssake does this other character film constantly, including – apparently – every visitor at her front door? Answer: the film wanted to show the scene. By the end you’ll wistfully recall when it actually bothered with some semblance of internal logic*.

We open with Andrew, an unpopular teen who has bought a camera to film evidence of his father’s abuse. I say evidence – the subplot is never followed up. He takes it to school too because, er, he likes it I guess. Fast forward the character setup and we find he, his cousin Matt and the uber-popular Steve jump down a hole into some 50s B-movie. Cut to: they have superpowers. Genre mash! Mass appeal! What follows is sadly typical of Fox in recent years: plot and characterisation streamlined to – no, not just cliché – redundancy. In between teenage shits and giggles with their newfound abilities, the first hour is non-stop telegraphing. Andrew is going to turn out evil because he got treated bad and stuff. Also, power corrupts. Deep.  And when it comes: I’m not exaggerating when I say that the climax of the flick was a constant source of exasperation. Unspeakably awful. I just don’t understand how anyone could sit and think, “Yes. I’m glad I spent my ten quid on this.”** The special effects were naff, too. There’s a way to shoot with green screens and this wasn’t it.

Did I mention I didn’t think this film was at all good? God save us when the sequel drops.

*The more technical details – cameras that somehow film non-stop with infinite storage and battery charge, somewhat prescient framing by those operating the cameras – are obviously more forgiveable, but you miss a film like Cloverfield which went to some effort to account for these things.