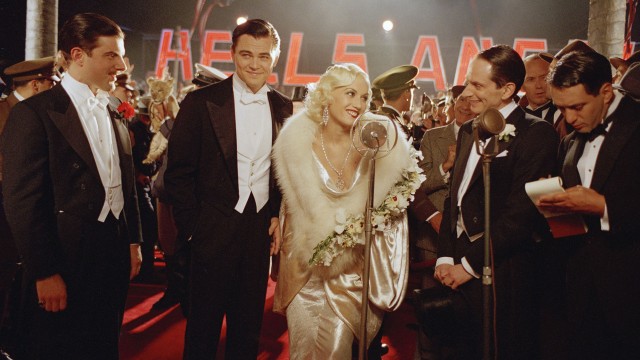 Watching this for the first time, Scorsese’s Howard Hughes biopic feels almost like a sequel to Hugo. The Movies have been around long enough to become an industry, to become monopolised. Enter Hughes (DiCaprio), an heir who pours his considerable (but finite) resources into his two passions – films and planes. The mad/genius trope in full swing, he is the reckless/naïve embodiment of the dream of the medium reborn, seeking the impossible and making his own rules as he goes along.

The Aviator‘s chief flaw is its slight overreliance on withholding information to maintain interest, but as the picture develops Scorsese opts to venture deep into psychological territory. At times the lighting is so tentatively connected to the diegesis, everything else – including a conspiracy the film would else appear to lend its full weight behind – must be read with a degree of cynicism. It’s not hard to imagine the director explicitly aiming at these themes when he collaborated with DiCaprio again on Shutter Island. But it is also a political piece.

The supporting cast is strong, and Cate Blanchett in particular sparkles as a vulnerably quirky Katharine Hepburn.